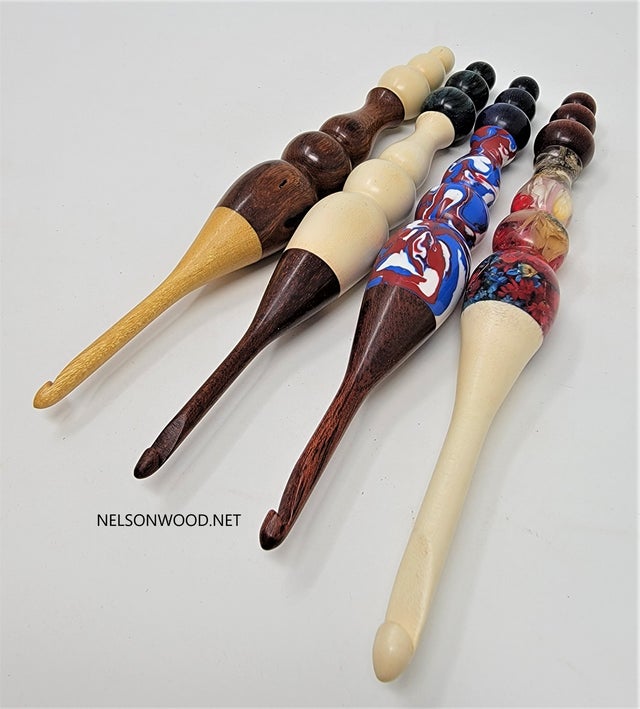 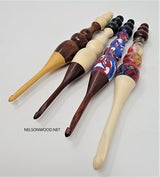 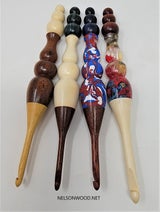 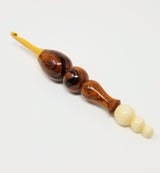 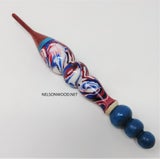 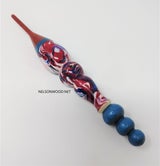 Four Pack for the July 4th

These crochet hooks are made from different woods and Alumilite to symbolize the colors of the subject.

The Bald Eagle has a tip that's Yellowheart, to symbolize the feet. The middle is Desert Ironwood, for the body and the ball end is Holly for the white feather on the eagle head.

Old Glory has the three color of the flag and is named for the original "Old Glory" flag that was owned by the 19th-century American sea captain William Driver (March 17, 1803 – March 3, 1886) Which he flew on his ships during his career as sea captain. Old Glory is also the nickname for the flag of the United States.

The Third hook is made from three colors of Alumilite, RED, WHITE and BLUE with a bit of a swirl and patriotic wood ends, Blue Holly and Bloodwood.

The Fourth hook uses Flowers to show the Red, White and Blue with Bloodwood and Holly ends.